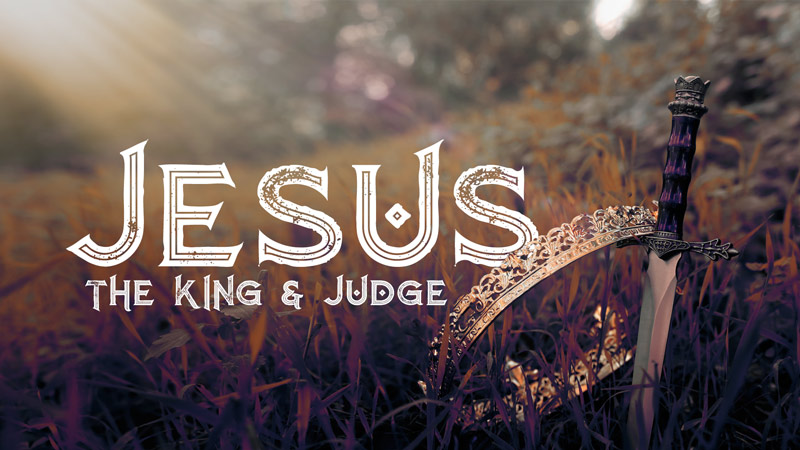 The Beauty and Majesty of Jesus as Bridegroom, King, and Judge

I. INTRODUCTION: THE CRY OF THE HUMAN HEART FOR A JUDGE

A. We find ourselves as a Church in the middle of a “national cultural and political moment” that
profoundly illustrates the longing of the human heart for the intervention of righteous judges.
Regardless of which political “side” we might align ourselves or sympathize with, a sense of
injustice, partiality, bias, and abuse of power awakens within each of us an ache for a “greater
power” to intervene on behalf of the weak, the oppressed, and the disenfranchised.

B. Someone once reminded me that the United States and its citizens enjoy an unusually stable
judiciary generally free of the corruption and abuse of power that afflicts other nations and
people groups around the world. This is also true historically as well – bribery, corruption, and
unjust judges was the norm in the ancient world. This was one of the primary burdens of the
prophet Amos as he preached in Ancient Israel on the subject of ultimate judgment and justice
from the God if Israel. The poor had no advocate, and no impartial, fair judges to enforce laws
that kept them from being oppressed by the rich and the powerful (cf. Amos 5:10-13).

C. The relatively sound judiciary system of the United States has served as a bulwark against
corruption and oppression for the past three centuries, which is a historical anomaly. I believe
that part of the American fervor and rage about the U.S. Supreme Court and who sits on the
bench for that court is connected to the massive erosion of trust in the institutions that help
provide a check and a balance against the abuse of power and corruption. When Industry became
too powerful in America at the beginning of the 20th Century, the U.S. Government and its
judiciary system stepped in to check the power of those “Captains of Industry” and halt the rising
oppression of the poor in that era. In that era, the media also served as a healthy “check” against
the hidden corruption and abuses of power by early economic monopolies.

D. By nature, when injustice, oppression, and the abuse of power presses down on the “average
citizen”, there is an ache and a cry for a righteous appeal from impartial arbitrators, mediators,
and judges to intervene and restore order and justice to the system that powerful men seek to
abuse and manipulate for personal gain. What is newer for Americans (which makes it harder to
understand “Jesus as Judge”) is the destabilization and corruption of the institutions that check
power and provide a righteous appeal – without an appeal, the powerless have little to no hope
for true justice, which incites deep anger and fear within the human heart.

E. Jesus the Bridegroom God declares to the Church, “I am for you. As you would long for justice
for your own spouses if they were wronged or oppressed by those abusing power, so I long to
fight for you in your time of need.” Jesus the King seated on His throne declares to the
Church, “I am more powerful than the kings, merchants, and corrupt powers of the earth. I have
the power to establish my truth, my narrative, and my word.”

1. Jesus the Judge declares to the Church, “I am the One to whom you can appeal – when
the judges of the earth fail, and all of the powers of the earth are corrupted, and
lawlessness abounds, I am the One who will set things right, remove all that hinders love,
and bring my justice to the earth.” He is the Judge we can place all of our trust in to
judge in the right way, at the right time, and to the right measure of the expression of His
power to set things right. He will not be hasty, excessive, or unwise as He uses His power
for the sake of His people. This is why the song of Revelation 5 is that, “He is worthy”.

F. We find ourselves as a people – globally, not just nationally – in the midst of an unprecedented
explosion of wealth and the use of that wealth to acquire and secure power. The “merchant class”
has ascended to power in a way that has no precedence in human history. In Revelation 18, John
the Beloved sees something “stunning” that no one had ever seen before – the most powerful
men on earth were the merchants, not the kings. Kings were following the lead of the globally
unified merchants. This has never happened – not in ancient times under the Caesar of Rome, not
even in modern times due to the power of the military bolstering the power of rulers, kings, and
governments. Never before has the economic powers of the world possessed more power than
the political powers of the world. This is what the angel of the book of Revelation showed John
about the future.

G. We are in the early days of acceleration towards an appointed end – things that “must” (Rev. 4:1)
take place despite God’s desire for all men to be saved and come to the knowledge of the truth (1
Tim. 2:4). That which is unfolding “must” take place because of “wicked and unreasonable men”
(2 Thess. 3:1) like those who afflicted Paul, acting according to the dignity of their free will,
seeking to shift the earth to their own grandiose desires of power and dominion without
accountability to God or interference from His saints. As Americans, we have always had a
measure of power or fair access to power to set things right. This will not last much longer.
Wicked men with agendas to take power are learning quickly how to exploit the system to ensure
the world systems work in their favor.

H. Jesus said that the days to come would be “like the days of Noah” (Matt. 24:37) – the
controversy and storm of judgment in the days of Noah centered around a remnant of faith who
“called upon the name of the Lord” and sought the return of His presence (Gen. 4:26); this was
met by violent resistance and rage at the hands of those who wanted to have dominion over the
earth without the presence of the Lord (cf. Gen. 6). Thus, we understand that “the days of Noah”
express the coming conflict between those who “call on the name of the Lord” and desire the
return of Jesus to rule in glory, and those who rage against and reject His rightful claim of
ownership and oversight of the Earth (cf. Ps. 2).

I. God’s answer in mercy to the raging nations and their rejection of Him is a glorious Church,
unified in His love, embodying His beatitudes, operating in His servant spirit with great humility
and a spirit of prayer. The Church Jesus loves deeply will shine brightly as a witness of His
superior love, grace, and transforming power. The rage of the nations will be ugly and dark, yet
the answer of the Lord is to “prove” His worth by displaying the Church as the darling of His
heart and the trophy of His grace.

K. The Church in all of her beauty and glory will serve as a critical element of the Father’s plan to
“clear the name” of His Son before all the nations of the earth. Once His “name is cleared” and
vindicated, God will judge the nations righteously and powerfully to restore order, establishing
true peace and justice throughout the earth. However, no one will be able to accuse Him of being
an “unjust Judge” because of the way in which He will establish His character and pour out His
love prior to pouring out His judgments upon the wicked propagators of oppression across the
earth.

II. THE BEAUTY OF JESUS AS BRIDEGROOM, KING, AND JUDGE

A. Those who misunderstand God’s judgments will be tempted to be offended or angry with Jesus.
As God’s judgments unfold, many will lose their perspective and objectivity in seeing God’s
love and wisdom. They need biblical perspective and understanding in order to rightly interpret
the events as expressions of God’s love and wisdom. The purpose of God’s end-time judgments
against the Antichrist’s empire is to remove all that hinders love and to stop oppression.

B. There are no contradictions: There is no contradiction in Jesus as Bridegroom, King, and Judge.
It is one reality. The King uses His great power to express His burning desire for His people and
to deliver them from everything that hinders love. The same overwhelming furnace of desire for
God’s people is turned on the oppressors of God’s people. In the last days, the Spirit will give
increased revelation of God’s loving purposes in judgment.

20The anger of the LORD will not turn back until He has executed and performed the
thoughts of His heart. In the latter days you will understand it perfectly. (Jer. 23:20)

1. Jesus, our champion, is the avenger of the oppressed. David proclaimed: I have a God
who fights for me, who avenges me even with flaring nostrils (Ps. 18:7-17). David
understood that God was doing it for him. That God sees and cares enough to intervene
on His own time and in His own way comforted David’s heart in the midst of the battle.

D. The importance of this 3-fold revelation of Jesus is that it expresses God’s heart and personality,
it is the way natural history ends as seen in Revelation 19, and it reflects how Jesus created the
human spirit. Among the most beloved stories of the many diverse cultures of the earth is a
kingly figure who selects a bride from lowly means and then rescues her from an oppressor to set
her in a place of power, often on a throne with him.

III. WE MUST NOT LOSE HEART IN WHEN THE JUDGE DELAYS HIS VERDICT

2 He will not cry out, nor raise His voice, nor cause His voice to be heard in the street.

3 A bruised reed He will not break, and smoking flax He will not quench; He will bring forth justice
for truth. 4 He will not fail nor be discouraged, till He has established justice in the earth; and the
coastlands shall wait for His law.” (Isa. 42:2-4)

A. The most difficult thing for us to grasp is the delay of Jesus and His activity and leadership as a
Righteous Judge. If He has all the power and deep desire, why does He delay?

1. He delays because His “justice plan” is bigger than the injustice of today.

2. He delays to allow His full plan to unfold to bring mercy and salvation to all before
full justice is “served” to the oppressive world leaders.

3. He delays because, in the end-times, many will be deceived and swayed to join the
oppressors and the Lord desired to win them with His love.

4. He delays because, in His deep love and loyalty to the Church, He is fully committed
to bring us into the fullness of maturity, love, and transformation into His “trophies
of grace” that display His glory.