The Resurrection Will Be as Physical as It Will Be Spiritual 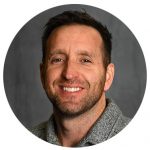 What happens to our bodies when we die? They go into the ground and return to dust (Ecclesiastes 3:20). This is truth, but it’s not the whole truth; it’s not the end of the story for our physical, bodily existence. Does God’s salvation save the body too? Yes it does, and yes He will. The technical term for this is called “glorification” as theologian and scholar Wayne Grudem explains:

Do you ever imagine what we, as Christians, will be like in the next age? What will we look like? How will we relate to each other? I remember as a kid in Sunday School I had so many questions about what it will be like. I want to take some time and jolt our minds with how much the Bible actually says about the resurrection of the dead and what our bodies, our physical bodies, will be like in what Jesus calls the “resurrection of the just” (Luke 14:14).

One of many passages that speak of the resurrection is here when Paul was addressing those at a local church who had had many friends and family members die. Those still living and enduring the hardships of persecution were sad, so Paul says, “Comfort one another with these words” (1 Thessalonians 4:18). He was encouraging the believers not to lose heart about those who have died in Christ. There is more to their story, it’s not over yet, they’d soon be reunited in a very physical and real way. Paul was using the biblical truth of the resurrection to comfort those who were mourning a loss.

So what about these resurrected bodies? What will they be like? When do we get them? There’s a great hint that lies in the resurrection of Jesus, and looking at what His body was like when He was raised from the dead. Remember, after Jesus rose from the dead He appeared to many people for a period of 40 days (Acts 1:3) even up to 500 people at once (1 Corinthians 15:6). The Bible says that our bodies in the resurrection will be like His resurrected body (1 Corinthians 15:49, Romans 6:5).

What was the body of Jesus like after the resurrection? What was He able to do? He was able to suddenly appear and disappear (Luke 24:36-37, 24:31, John 20:26). He was able to prepare food and eat food (Luke 24:41-43, 24:30, John 21:9-13). He could be touched and handled by ordinary humans (Luke 24:39, John 20:27). In His resurrected body He also ascended into the sky to go to the right hand of the Father in heaven (Acts 1:9-10, Ephesians 1:20). Jesus, in His resurrected body, was able to relate to both the spiritual realm and the natural realm. His body was both physical (natural) and spiritual. The Bible references this new “resurrected body” as a “spiritual body” (1 Corinthians 15:44). This “body” is able to relate to both the spiritual and natural realms. Jesus was able to walk in and out of both realms as He pleased. He could come into the natural realm, eat, drink and talk to people and then go back into the spiritual realm. Wow!

Here are a few passages that teach us about the body of Jesus after He was raised from the dead. Again we can gain clues into what our bodies will be like as we look to these passages. Paul said we’d be similar to Him in His resurrection (1 Corinthians 15:49, Romans 6:5).

Now as they said these things, Jesus Himself stood in the midst of them…But they were terrified and frightened, and supposed they had seen a spirit. 38And He said to them, “Why are you troubled?… Behold My hands and My feet, that it is I Myself. Handle Me and see, for a spirit does not have flesh and bones as you see I have.”…He said to them, “Have you any food here?” So they gave Him a piece of a broiled fish and some honeycomb. And He took it and ate in their presence. (Luke 24:36-43)

So he (Thomas) said to them, “Unless I see in His hands the print of the nails, and put my finger into the print of the nails, and put my hand into His side, I will not believe.” And after eight days His disciples were again inside, and Thomas with them. Jesus came, the doors being shut, and stood in their midst, and said, “Peace to you!” Then He said to Thomas, “Reach your finger here, and look at My hands; and reach your hand here, and put it into My side…” (John 20:25-27)

Then, as soon as they had come to land, they saw a fire of coals there, and fish laid on it, and bread…12Jesus said to them “Come and eat breakfast…” Jesus then came and took the bread and gave it to them, and likewise the fish. This is now the third time Jesus showed Himself to His disciples after He was raised from the dead. (John 21:9-14)

In the age to come after Jesus returns we’re going to have amazing bodies! Think of relating to the glory of God in that day with a real, tangible, powerful body. Think of the sense of smell, taste, hearing and vision. And our brain function! We’ll be able to remember things! We will explore the heavenly city (Revelation 21-22) in resurrected bodies. We will be able to relate to each other in pure and holy ways. We’ll be able to continue in relationships and love deeply and honestly. Sin will have no power over our bodies or minds any longer. No aches, no pain, no death (Revelation 21:4). I can see now why Paul encouraged the church in Thessalonians to “comfort each other with these words!” Having a firm understanding of the resurrection gives us hope that there’s more than this life. In the next life it’s a real, tangible experience that I can look forward to.  I’m not limited to only imagining some kind of mysterious spiritual existence that we’re mostly unaware of.

I encourage you to take some time and look at what the scriptures says concerning the resurrection. My prayer is that we experience the comfort Paul was referring to. God bless!