Missourians to Decide Whether to Open State Constitution 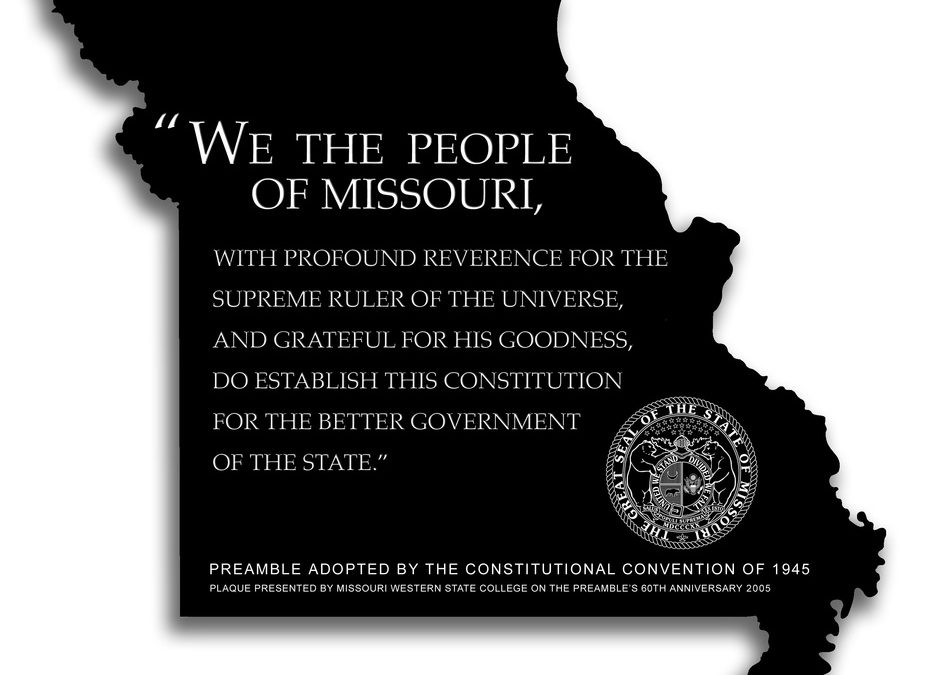 Missouri’s Constitution could be radically changed in just a few years depending on how we vote in November 2022. On the November ballot, Missourians will decide whether to hold a state constitutional convention and open the constitution for changes. This is in step with the Missouri law that requires voters are given this option every 20 years.

If voters say ‘yes’ to open the constitution for changes, the Missouri State Senatorial District Committees will select nominees to serve as delegates for the convention – informed constitutionalists tell us it’s likely to be 34 Republicans and 34 Democrats, which does not reflect our legislative bodies. There will also be 15 at large, or wild card, candidates, and a statewide special election to determine which nominees will become the delegates.

During the convention, delegates will propose amendments to the constitution, which could include anything from changing Missouri’s current laws surrounding the right to bear arms, to the legalization of marijuana and/or abortion, or even Missouri’s amendment defining marriage between a man and a woman. Depending on which changes are made, this could have a substantial effect on life in the state going forward. While many see the potential for positive change, others worry a convention could give too much opportunity for the further stripping of Missouri’s freedoms.

Delegates do not get the final say, however. Missourians would have to vote on any proposed changes during another special election before these alterations would take effect.

In the last 60 years, approximately 65 percent of people have voted against opening the constitution for changes. However, the next time voters will be given the option to do so won’t be until 2042. So, how will Missourians address this issue? That remains to be seen, but one thing at least is clear: regardless of how Missourians vote in 2022, or any future elections, the rights secured in U.S. Constitution will remain unaffected.