Just When You Thought It Couldn’t Get Any Worse

What a mess! And are you as sick of reading about Covid-19 as I am? On a national or international scale, it’s unlike anything we’ve ever seen. (Don’t bring up the Spanish Flu unless you’re over 100 years old because you’re too young to have seen it!)

On an individual scale, many of us can point to moments or seasons of crisis no less significant, scary or dangerous. Those would include life-threatening health challenges such as cancer, economic hardships such as unemployment or homelessness, and emotional hardships of loneliness, fear and grief. We are all eager to see things get back to normal and have our own opinions of what normal should look like in the future.

Right now the debates about when to reopen are being argued in each state, in individual counties, in cities, and in living rooms. On one side are those who believe the economic consequences of remaining closed could actually cause more death and suffering than the virus. On the other side are those who believe that a second wave of infections could be far larger and deadlier than the first. What both sides fear is that the coming problems could be worse than the current ones.

How bad would things have to be for you to think they couldn’t get any worse? Satan strategically struck Job in a series of quick blows rather than all at once to knock the wind out of Job’s sails, to steal Job’s last shred of hope and faith. Job had been a rich man with an abundance of livestock, servants and children. Then on a single day, Satan wiped out all of Job’s livestock, all of his servants except four who were spared so they could deliver the bad news, and all of his children.

Imagine if you had been Job. The first servant runs up to you, out of breath and wild-eyed, and he announces that raiders stole all of your oxen and donkeys, killing all of the servants who were tending to them. The loss of the livestock would be an enormous financial blow, but the loss of the servants an enormous emotional blow. These men and women probably worked for you, Job, for years. Job was a righteous man who would have cared far more for his servants than for his livestock.

It would be like a punch to the gut. But before you could even take another breath, a second servant runs up and announces that raiders just killed your shepherds and stole the sheep. Now your head is reeling as you try to make sense out of this most unlikely timing. How could raiders from two different enemies come wreaking such evil on the same day? You’ve just lost about half of your wealth and most of your servants. But before you can grasp it, a third servant comes up. This time it’s the camels. I can see Job thinking things couldn’t get any worse. You are financially ruined, and your heart is indescribably broken. But then—for the final knock-out punch—a fourth servant tells you that all ten of your children are dead.

Thinking things couldn’t get any worse seldom means they can’t.

In John 5 we read about Jesus healing a man who had been an invalid for 38 years. Not 38 days. Not 38 months. For 38 years he was unable to stand to his feet or to walk across a room. Day after day he had perched himself near the pool of Bethesda because it was the one place where miracles still happened. For some inexplicable reason, an angel came on occasion to stir the water, and the first person to enter the pool afterward was miraculously healed.

With hope against hope, he waited for the water to be stirred and for the opportunity to be the first into the pool. But people weren’t patiently waiting and taking turns. Those whose problems didn’t create mobility issues raced to the pool, and the invalid never had a chance. Until Jesus appeared.

Jesus asked the man, “Would you like to be healed?” On the surface, it sounds like a ridiculous question. Of course he would like to be healed! Why else would he be camped out there? But he soon discovered that Jesus wasn’t asking him the obvious. A friendly stranger wanting to make small talk might ask such a question. But Jesus wasn’t doing small talk. He wasn’t asking a question. He was offering him an invitation. He was inviting him to experience healing, not through the stirring of an angel but the stirring of the Spirit within the Messiah. That’s something a kind stranger couldn’t do but the Savior could.

When the healed man ran into Jesus shortly thereafter, Jesus said to him, “See, you have been made well. Sin no more, lest a worse thing come upon you.” (John 5:14) If he sinned again, would he go from being a man with an infirmity to being…what? Would he be going from being a paraplegic to a quadriplegic? Or might he become both crippled and blind? What ailment or condition might be worse than the one he started with?  And was Jesus implying that the man’s previous sickness had been the result of his previous sin?

Jesus’ disciples might have assumed that. When we read John 9 we will hear about them seeing a blind man and asking Jesus if the blindness was punishment for his sin or his parents’ sin. But Jesus said it was neither. So if Jesus doesn’t attribute people’s current health issues with their past sins, it doesn’t make sense to think He expects anyone to suffer health issues for their future sins. So what worse future was He warning about?

Our problems can seem so big. When I’m suffering, no one’s problems are as big as mine. When I’m sick, I don’t just have a cold, I have a man cold! These troubles we’re experiencing now are like that. Our economy was setting new records, but now it’s free falling toward a bottom lower than the Great Depression. Our unemployment rate was the lowest it’s been in decades, but it may soon be the worst in our lifetimes. We’ve accomplished so much medically with technology, antibiotics and the constant creation of new drugs, but this virus is attacking and killing faster than our researchers and doctors can find ideal treatment strategies or a vaccine to combat it. So how might things get any worse?

Jesus wasn’t warning the healed man because sin leads to illness but because sin leads to death. It separates us from God, and apart from a new birth in Christ, spiritual death is forever. It’s no wonder the apostles wrote extensive exhortations not to return to our old lifestyles of sin. John said that if we are truly born again we will turn away from sin. James said that our true beliefs are evident by the way we live. Someone who says he is a believer will live like a follower of Christ. Paul encouraged us to live worthy of the gospel and of Him who has called us.

Neither the economy nor the job market nor the virus will matter in 100 years. We will be gone regardless. Eternity will replace the temporary. But how we live in these fleeting years will dramatically impact how we spend eternity.

Let’s keep our eyes on the prize. Let’s endure till the end and finish the race strong, whether we have another 80 years or only one more breath. The same compassionate Savior who commanded that invalid to take up his bed and walk commands us to do the same today. Let’s follow Him. 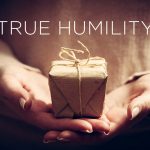 Of all the qualities God desires for us to own, humility tops the list.
— Kaleb Kruegger 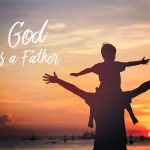 Jesus declared to the world that the God of heaven and earth is a Father.   —Wes Martin 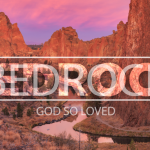 A warped picture of God has kept so many of us at a distance from Him.   —Ron Tucker