No doubt you are familiar with the story of David and Goliath. Here’s a quick reminder of one small part of the story. 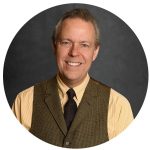 Then David spoke to the men who stood by him saying, “…Who is this uncircumcised Philistine, that he should defy the armies of the living God?”

…Now Eliab, his oldest brother, heard when he spoke to the men; and Eliab’s anger was aroused against David, and he said, “Why did you come down here? And with whom have you left the sheep? I know your pride and the insolence of your heart, for you have come down to see the battle.”

And David said, ‘What have I done now? Is there not a cause?” Then he TURNED from him toward another and said the same thing” 1 Samuel 17:26-30a.

David could have missed his calling to defeat Goliath and to open the doors to his destiny. He would have missed it if he had TURNED the wrong way — back home to the sheep, like his brother implied. Instead he TURNED AWAY from his brother and toward defending God and His people.

Who are your critics? They may even be members of your own family, as David experienced. But when you are pursuing God’s purpose don’t be swayed by your critics whoever they are.