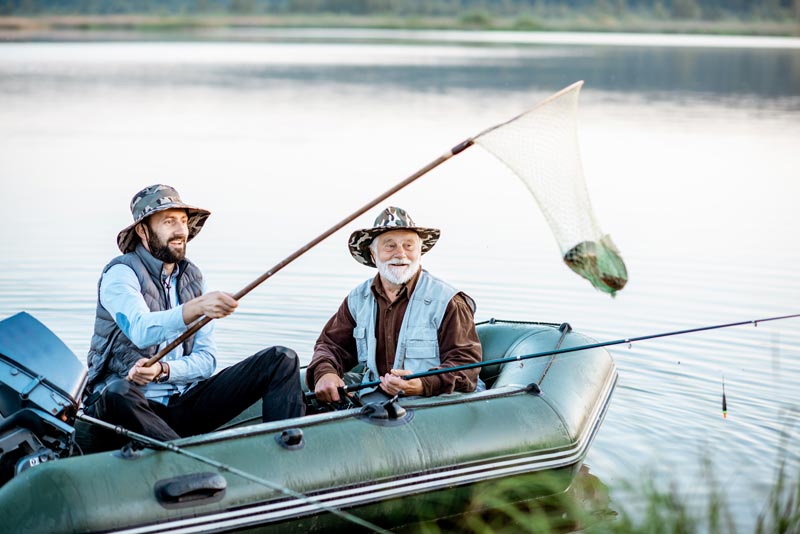 A soft answer turns away wrath, but a harsh word stirs stirs up anger. The tongue of the wise uses knowledge rightly, but the mouth of fools pours forth foolishness. Proverbs 15:1-2

A few days ago we read this passage from Proverbs, and I was reminded of listening to Judy Schmidt, a licensed Christian counselor and friend. Judy sometimes challenges people to consider what’s more important, being right or being in a relationship. Being right is important to a lot of us. For some people it’s just about wanting to have the correct understanding of everything. For some it’s a matter of pride. But for all of us, it’s a matter of danger if we’re not careful.

Imagine a scenario in which a couple of friends decide to go fishing together. They get up early and drive down to the lake, laughing about old times and joking about who’s the better fisherman. Everything’s going great until they get in the boat and head for their favorite fishing spot. On the way to their secret cove, they get into an argument over how soon they should cut the engine. One thinks the engine will scare away the fish and they should switch to the quiet trolling motor a few hundred yards from the cove. The other says that’s a waste of time and they should gun it all the way into the cove.

Which one is right? I have no idea, I know nothing about fishing. But I do know that there’s a reason why they chose to go fishing together. Friendship. And arguing over who is right isn’t going to do the friendship much good. A lot of friendships, marriages and working relationships suffer when people think it’s more important to be right than to be in the relationship.

One night a couple got into a very heated argument, and they weren’t getting anywhere close to solving it. The wife grabbed a blanket and her pillow and headed for the couch. Her husband tried talking her out of it, but she was too angry and hurt to sleep in the same bed as him. So he grabbed his pillow and a blanket and laid down on the floor beside the couch. He was trying to tell her that he valued his relationship with her more than he valued the subject of their argument. She got the message and they returned to bed together. They had not resolved the problem, but they put their priorities in order and set the problem aside to be reexamined after work the following day.

The tongue of the wise uses knowledge rightly. He or she doesn’t use it in anger or pride or defiance or rebellion. A fool, by contrast, pours forth foolishness even when his facts are correct. No doubt you’ve heard the cliché, “Follow the money.” When there’s political corruption, murder of a Wall Street tycoon or some other big, shady deal, looking for a trail back to who gains financially is a good place to start. When it comes to judging our actions, follow the heart. For Jesus said that “out of the heart the mouth speaks.” If we keep our hearts right, we will do a better job of using knowledge rightly. We will speak words that encourage, build up, teach, and even correct. Our words will be guided by love. And we’ll gain the self-control to give gentle answers when we face the wrath of others. Because our hearts will be set on reconciliation, not revenge; edification of others, not selfish ambition.

Thanks, Judy, for your reminder of what’s important.