Grace’s most elemental beginnings date back to 1970 when Senior Pastor Ron Tucker started a worship/Bible group. They met two and three nights a week over the next few years until they outgrew his parents’ home and moved to a local church, where Ron led the church’s youth group as the youth pastor. Their Saturday night meeting grew to include over 1500 people of every age.

After taking time off to travel and seek God about his future, Ron returned to St. Louis. On May 21, 1978, Grace was launched in a rented room with 30 people. Five months later, ten times as many were coming, and the church found more room in a leased storefront. In 1980, the church bought a modest building and nine acres of land, preparing the way for the construction of their present building and the purchase of adjoining land.

Since then the church has grown in size, facilities, and spirit. Thousands of lives and eternities have been changed as the focus remained on what brought the church together in the first place — loving God and serving people. That growth continues as we have become

One Church — Two Campuses. In addition to our Maryland Heights campus, we now have a campus near Granite City, IL. 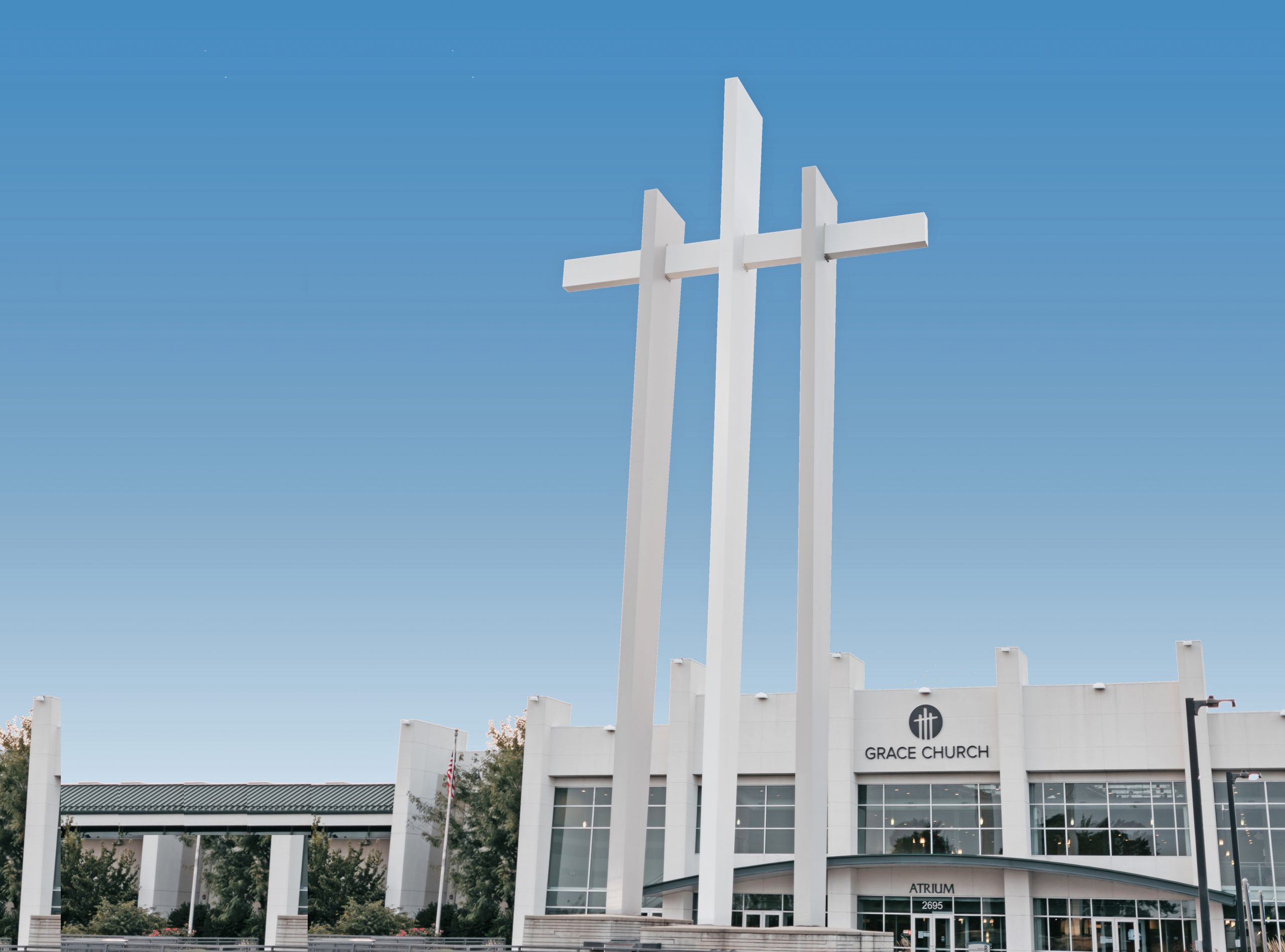 We have worship, prayer, Bible teaching, and communion every Wednesday.

The Tuesday noon service is in the prayer chapel. Thursday morning prayer meetings are held in The Foundry and the noon meeting is in The Main Auditorium.

Over the next 10 years, the church grew and the staff enjoyed the camaraderie with their friends, pastors at Grace. But they also recognized that there were some limits to what they could accomplish on their own. So they asked Grace to adopt them as a campus extension. Steve still serves today as the campus pastor and Rufus as the youth pastor.

For more info on the East Campus, visit GraceEast.org.