A Candid Discussion About Missouri Primaries 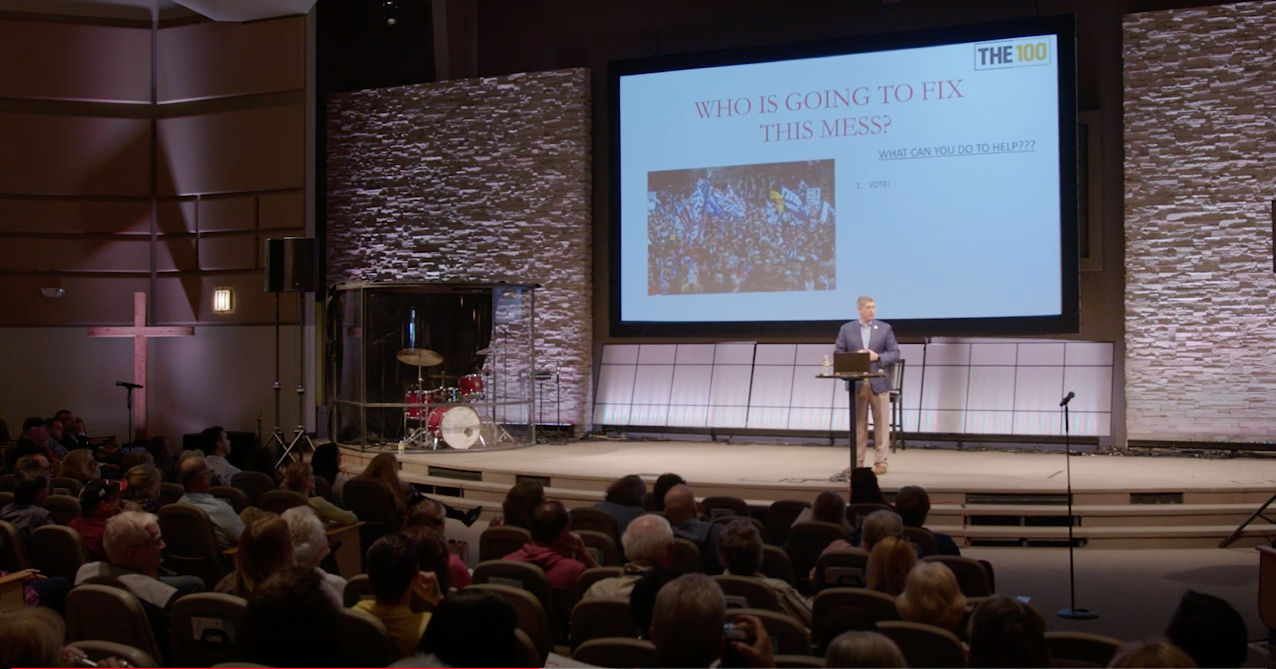 A Candid Discussion About Missouri Primaries

Missouri Senator Bill Eigel visited Grace Church on May 22 to encourage constituents, examine Senate voting practices, and provide updates on what to expect for upcoming elections. Eigel represents the 23rd Senatorial District in St. Charles County. He is an Air Force veteran of eight and a half years, out since 2007. He has been a business owner for 10 years, and his talk radio show, Echo Chamber, airs on 93.3 FM.

His opening remark was, “Don’t fear the future; we’re going to get through this.” He then proceeded to highlight some of the problems that have been happening due to the growing disconnect between politicians in the state, and their constituents.

“The reason I got into politics was that I saw something wrong with politics,” Eigel continued.  “People are getting involved because something is wrong. We give more to government than ever before in terms of tax dollars, resources, and regulations. Every year government gets bigger and takes more of your money.” Yet as he polled the audience, few felt as if they were more satisfied with the services government has been offering.

Eigel spent the majority of the presentation giving examples of bills voted on this past year, revealing that many Republican senators claim they’ll vote conversative on issues while campaigning yet vote against the platform once elected. Rather than dedicating themselves to shrinking the role and influence of government in people’s lives, they’ve often facilitated an increase in government, causing greater financial burdens on the public. For example, Eigel noted that of the 24 Republican Missouri State Senators that make up the Republican Caucus in Missouri, 12 voted in favor of the largest gas tax in the history of the state.

Overall, Eigel stressed the importance of being aware and voting in local and primary elections, as these determine the state’s direction. He encouraged everyone to take an active role in the process, join a PAC, support candidates, track legislation, and hold elected officials accountable to their campaign promises.

If you missed this incredible presentation, click the video above to check it out!